YOUTH, EDUCATION & SCIENCE IN THE ARAB WORLD:
Background:
In many places today, science & technology are seen as hostile to belief or in conflict with faith. Others see faith & science as totally unrelated. However, historically this has not been the case. Men of faith, who were primarily Muslim, Christian and Jewish are the ones who developed science as we know it today. This is illustrated in the attached timeline graph. Given the current trend of Muslim, Christian and Jewish youth who are moving away from their faith, we desperately need to show them how to integrate their faith with modern science & technology.

Early on, the Muslim world was the epicenter of invention and discovery. During the Golden Age of Islam (which coincided with the Islamic Abassid period and the Dark Ages in Europe), knowledge flowed in the opposite direction from what we experience today: from the greater Middle East to the West. These Muslims were physicians, astronomers, mathematicians, engineers and scientists. At the same time, it was Christian monks in Europe who developed basic forms of technology (water mill, windmill, crank, wheeled plow, eyeglasses, etc.) in order to be more efficient in their work. Starting several centuries later with the Protestant Reformation in Europe, scientists, who were largely practicing Christians, led the way to scientific development and advancement. More recently prominent Jews have particularly contributed in the area of physics and medicine. They studied science to understand the creation and better know the creator. We should return to our common roots from where modern science originated and integrate faith and science. 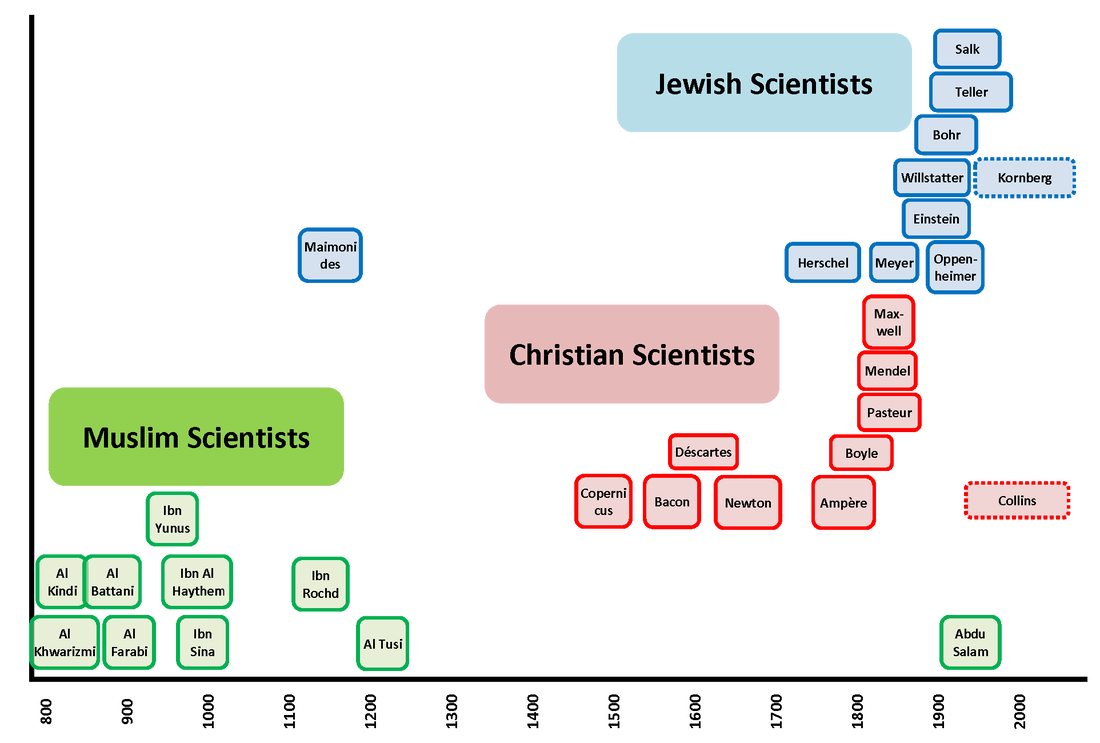